History of the Temple

By  Phra Medheewaraporn (Sutas), The Abbot.

Wat Moli Lokayaram is a royal temple of the second tier, which is known as “Rajworawihan”. This 300-year old  temple was built in the Ayudhaya period. When King Taksin  established the Thonburi Kingdom, he  incorporated this  temple and Wat Arun into his palace boundary. During his reign, there were therefore no monks residing in the  temple and was considered as the temple within the palace   as usually practiced in the Ayudhaya Kingdom. This  temple was widely known during the Thonburi period as  “Wat Tai Talad” which literally means the temple behind  the market. This temple stretches for 5.1 acres and situates  behind King Taksin’s old palace on the western side  of the Chao Praya River, which is called Thonburi.

The oldest structure of this monastery is the Assembly Hall or Wihan which was built in the Ayudhaya period and  later King Taksin used it for storing salt  in  Thonburi period. It is sometimes called “Phra Wihan Chag Klua”   in Thai, which means a salt storage. This hall is  characterised  with the Thai-Chinese architecture covering with ceramic  roof tiles and gable spires and ridges decorated with stuccowork. The hall was separated into two chambers.  In  the smaller rear chamber stands a large image of seated  Lord Buddha in the attitude of subduing Mara named “Phra Parames”. The front larger chamber contains    several sacred Buddha images on the middle pedestal, each of which has   very beautiful Buddha characters. Wooden doors and windows   were beautifully carved with gilded lacquer art. This   assembly hall has a magnificent unique rare character and   is very worth seeing

In the reign of King Rama I, the capital city was   moved to the other side of the Chao Praya River, which was called the Pra Nakorn east bank or the Main City. He  ordered his son, Prince Isarasundhorn, who was later King  Rama II, and HM. Queen Amrindramard (Nak) to restore  this temple and build a new Ubosot or chapel, respectively.     The chapel is covered with the ceramic roof tiles with timber    gable spires and their ridges, lacquered and decorated   with stained glass. The wall and the ceiling inside the temple   are painted in the traditional Thai print. Wooden doors  and windows were beautifully carved with gilded lacquer.

The Principle   Buddha  Image in the Temple, named  “Phra Buddha Molilokanadh”, is a bronze Buddha image in   the attitude of subduing Mara having the front lap width of  2 metres with very beautiful Buddha characters. This image  is very sacred and has been respected by the kings  and Thai people since early Rattanakosin period.

King Rama II renamed this monastery “Wat Buddhaisawan”   or “Wat Buddhai Sawan-yawas Worawihan”, which  implies the close relationship with the royal family.   Almost  all of his sons, including Kings Rama III and IV and HM Vice King Pinklao, had their elementary study here.

He built Somdej Hall  in 1843 AD for the statue of his  teacher, Somej Phra Buddhakosajarn (Kun), who not only taught him at his early age but also his First Ordination Teacher when he was ordained.  This sacred place has two storeys,  i.e the ground base and the upper  hall. The ground floor stands the bronze statue of Somdej Phra Buddhakosajarn (Kun) and is the foundation of four Lankan  style  stupas, which are believed to keep the top knots, called Moli in Thai of Kings Rama III and IV. And that is   how the name of the temple was derived.   Both sides of  the hall have two staircases to the upper floor and the front  tunnel stands the sculptural footprints of Lord Buddha.

The timber Tripitaka Hall was also built in his reign   with very beautiful gilded black lacquer art on doors and windows.  It  is worth seeing very much.

King Rama IV built a new chamber for the abbot,  a Chanting Hall and subsequently a larger Central Hall serving both chanting and dining purposes. He restored the  chapel by allowing his royal emblem of the mythological   elephant with the royal canopy be placed on its gable. It   is very likely that the present name of the temple –“MoliLokayaram” was given in this reign.

King Rama V had renovated the monastery library (The timber Tripitaka Hall) and  gave monks  Kathina, a Buddhist festival which comes at the end of Vassa, the three-month rainy season retreat for Theravada Buddhists  for  many times.

King Rama VI ordered this royal temple as the second tier,   which has been known as Rajaworawihan ever since.

This old temple embodies much significance to the Chakri dynasty and our nation in many ways. Thus, the Department of Arts has registered this temple as one of the national historical sites.

This temple is densely surrounded by dwellings and results in very narrow access road. It is located on Arun Amarin 8 Road. Travelling to the temple can be made by car by driving along Isarapap Road up to Bho Sam Ton Junction, and then turning left into Wang Derm Road.  Keep going straight up to the junction with Arun Amarin  Road, then turning right and driving towards Anutinsawas Bridge. Take the road under the bridge The entrance to   the temple is on your left under the bridge.

The temple is  also accessible by boat or express boat across the Chao  Praya River from Ta Tian Pier to Wat Arun Pier or from  Pak Klong Talad Pier to Wat Kalayanamit Pier and then  going on foot to Wat Moli lokayaram. Map of the temple is   available at the temple website.

As previously mentioned, this temple had been served   as an elementary school for many princes of King Rama II  during early Rattanakosin period. It also provided the Pali  language teaching with oral examinations.

In 1991 Wat Molilokayaram was appointed to be the  monastic educational institute with an aim to provide the education of dhamma scriptures of both Pali language and dhamma essence (Nakdham) and plans to supply very qualified Buddhist  descendants.   At present, although  this institute is of medium  size and generates 100-200 monks examinee to enter the  annual central Pali-examination,  it  wins  respectively  the record of achieving the highest number of students passing the Pali-examination  in  Bangkok Metropolitan in 2007, 2009, 2010, 2011, 2012  and the outstanding students had received the administration scholarship.

At present there are altogether 20 teachers and 100-140   student monks/novices. The institute also provides Pali courses for students from other temples in Bangkok Metropolitan  and upcountry. The Pali section has eight levels   giving classes on Pali grammar up to the ninth level of  Buddhist theology, while Dhamma section has three levels  of classes, i.e dhamma scholar of the third, second and  advanced levels.

The monastery has very limited space and facilities and needs to improve both classrooms and accommodations  tremendously in order to cope with more than 200  monks/novices each year.

Routine Activities of the Institute

1. Annual Pali Tuition Prior to the Test at Pra Mane Ground (Snam Luang)

The Pali tuition is given to more than 250 monks and novices holding Buddhist Theology of lower levels 1-2  up to level 9 from end of December to beginning of March   of the following year. Sponsorship providing foods and   drinks or financial support for monks during this period is   greatly appreciated.

2. Ceremony of Buddhist Theology and Merit Making for the Late Abbots

The ceremony is annually arranged on  the  second Sunday of September. Scholarships and the three robes will be given to the outstanding monks/novices, who  can pass annual Pali-examination.  Merit making   is performed for the late abbots of the temple.

You  can donate  money  to support these Routine Activities of the Institute everyday.  Contact Phra Medheewaraporn, the abbot. 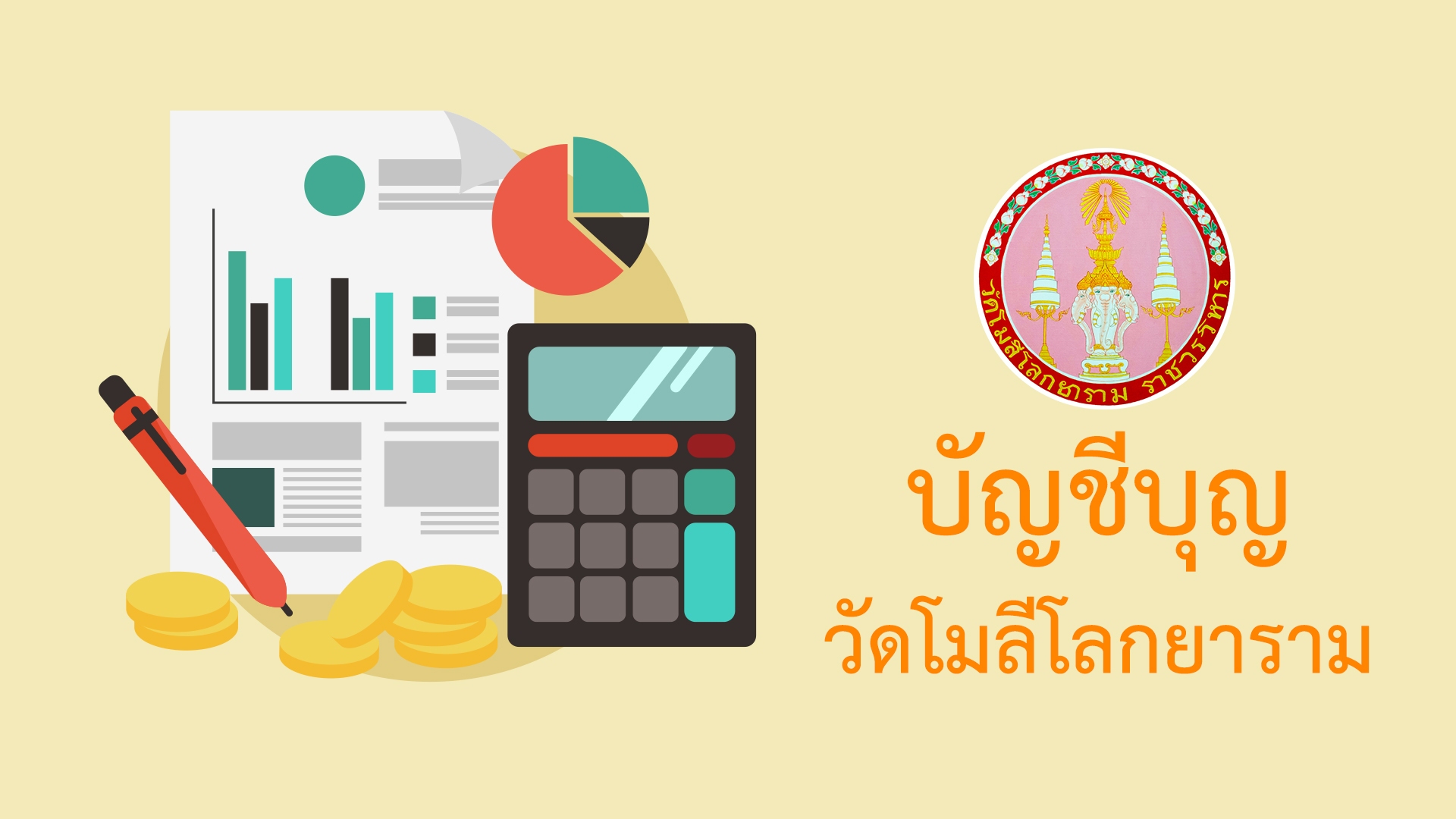